On a hot summer night in 1858 in the hills above Lytton, two leaders met around a campfire to talk peace.

Conflict between B.C.’s Indigenous Peoples and the flood of gold-seeking miners flooding into their traditional territories was threatening to escalate into an all-out war. These two men had the fate of modern British Columbia in their hands. 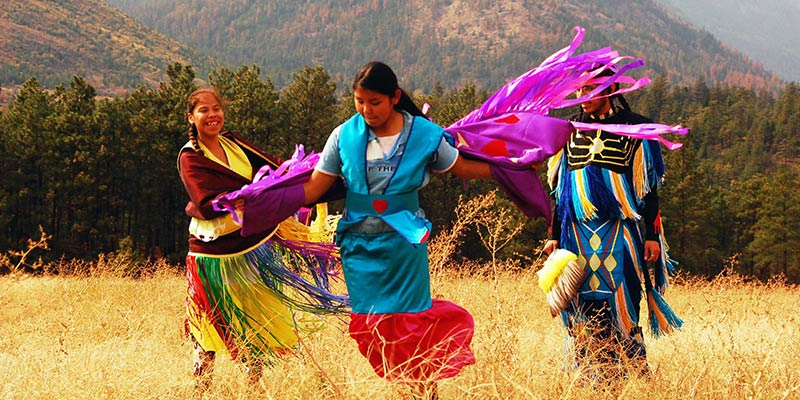 Fortunately, one of those leaders was Chief Cexpe’nthlEm (also known as Chief David Spintlum) of the Nlaka’pamux Nation. The peace he negotiated with Henry Snyder, the Captain of the American militia forces, ended the Canyon War. Were it not for Cexpe’nthlEm’s persuasive diplomacy, the conflict would almost certainly have spread south of the border and resulted in the United States intervening in what is now the Mainland of British Columbia.

Since its founding in 2007, the New Pathways to Gold Society has told the story of Chief Cexpe’nthlEm’s role in ending the Canyon War as part of its commitment to a grassroots reconciliation process between First Nations and communities based on a stronger understanding of our shared history. The Society has recreated this crucial but little-known moment in a major symposium and by producing the award-winning Canyon War: The Untold Story documentary.

The NPTGS Board structure also reflects the Society’s commitment to reconciliation. One Co-chair and half of the Directors are designated First Nations. Over the last decade, NPTGS has worked with First Nations communities from one end of the Gold Rush/Spirit Trails to the other to create economic opportunities, stage events, develop programming and a better understanding between Native and non-native communities.

As it enters its second decade of operations, NPTGS will continue to elevate the role of First Nations in building our modern province and recognizing Chief Cexpe’nthlEm’s and other Indigenous Leaders up as co-founders of modern B.C.