The New Pathways to Gold Society has worked with partners from one end of the Gold Rush/Spirit Trails corridor to the other to restore and promote heritage trails.

The Society received a grant of $2 million from the provincial government in 2009 that has enabled communities and other partners to help rediscover and restore the network of trails along the corridor’s historic routes.

Since then, NPTGS and partners have built or restored over 230 kilometers of heritage trails and leveraged that initial grant by working with partners like the National Trails Coalition and the Northern Development Initiative Trust. Some of the work we’ve done includes: 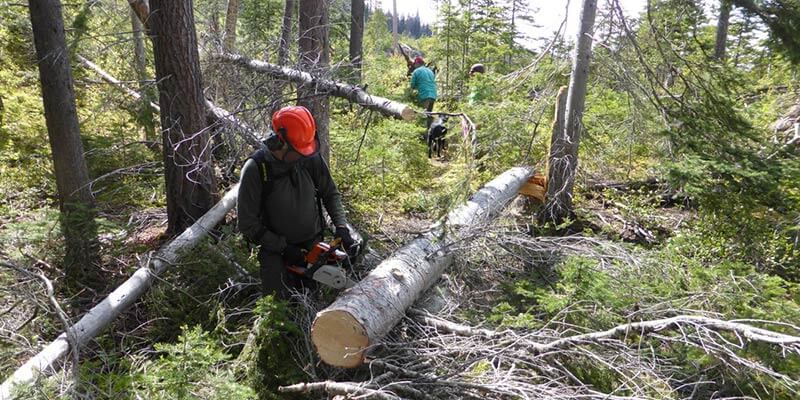 In partnership with the Hope Mountain Centre for Outdoor Learning. This 74-km trail between Hope and Tulameen (just outside Princeton) officially opened in May 2016 after seven years of work. Based on the ancient First Nations route that connected the B.C. coast with the interior, the trail offers hikers a spectacular trip through the Cascades Mountains. Facilities like camp sites, bear-proof food caches and waste disposals as well as outhouses have been installed with the assistance of many volunteers. 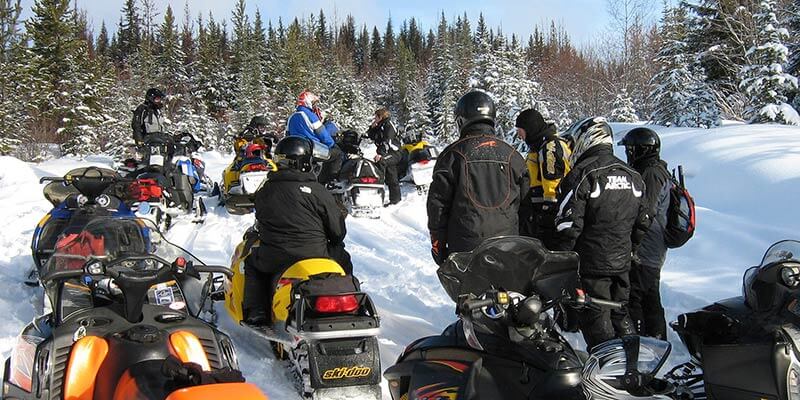 A partnership with the District of 100 Mile House. Work to restore this trail, which runs from 70 Mile House to Likely, began in 2009. Now, a variety of users can enjoy this multi-use trail that offers a variety of recreation experiences year-round. It’s managed by the GRST Regional Management Committee, which is implementing a business plan completed in 2012. 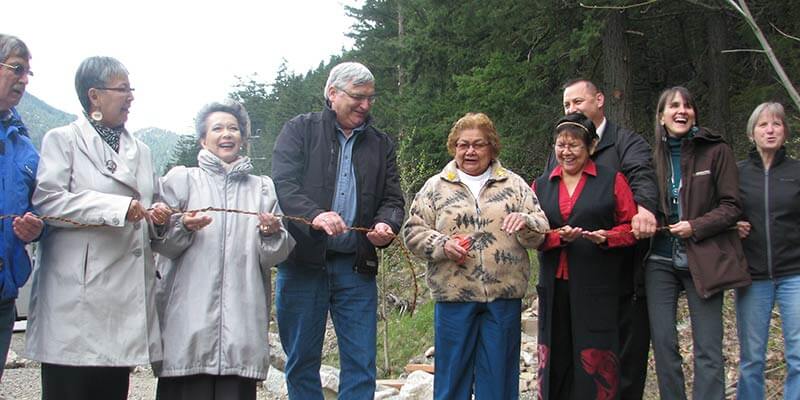 Provincial and federal funding helped restore this 12.7-kilometre-long loop in the traditional territory of the Spuzzum First Nation on the eastern side of Alexandra Bridge Provincial Park. The $98,000 trail upgrade was completed in April 2012 and the grand opening saw dignitaries like Senators Lillian Quan Dyck and Vivienne Poy join Chief James Hobart, Spuzzum Elder Marion Dixon and others take part in a moving ceremony attended by 100 people. 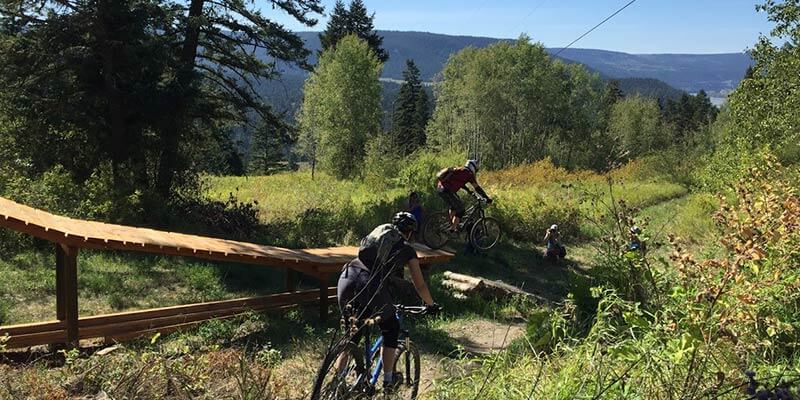 This project in the traditional territory of the Secwepemc People is a partnership between the Xatśūll First Nation, NPTGS and the Northern Development Initiative Trust (NDIT). NPTGS contributed $30,000 towards the project while NDIT provided matching funds. The “Crazy Ant Trail” – a multi-purpose trail linking historic Gold Rush trails around Deep Creek and Soda Creek – opened in August 2016. The “Squiggly Bench XC” and “Hipsta DH” Trails opened in November of that year. All the trails feature spectacular views of the Fraser River. 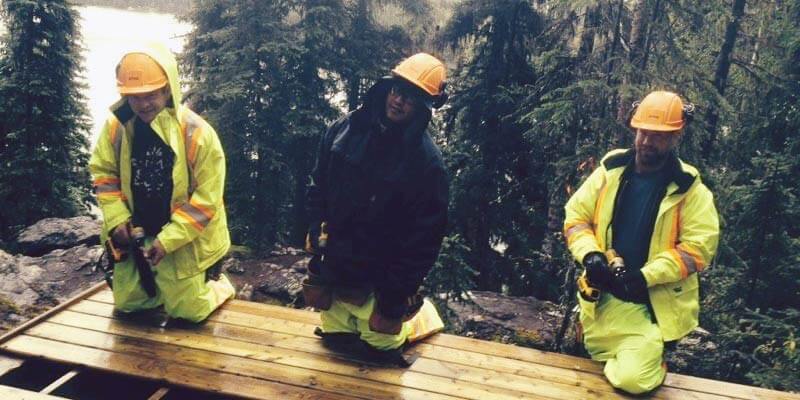 As part of the Jobs Creation Partnership Project, a 2.5 km low-mobility trail has been constructed to allow visitors to view the Ice Caves at Bridge Lake near 100 Mile House. The project has also seen features like bridges and railings installed to provide safe access to the site.